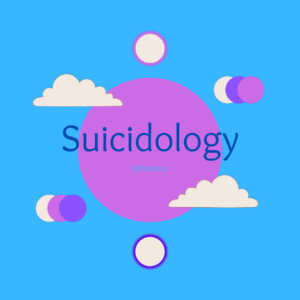 Suicidology, what is it?

Its identified as an extension of Psychology, Sociology or other similar profession.

Suicidology is the scientific study and research on suicide, suicidal thoughts, suicidal tendencies, intrusive thoughts and interventions, but is not classed as an actioning profession, it was appropriately described as an “aborning profession”, because it was a new field and had only grasped a social identity in the early 2000’s, but it should be classed as a profession because it is a directed study towards a single phenomenon.

A profession is a type of job that requires advanced education or training.

Does Suicide Prevention and Awareness require advanced education or training?

To a degree no it doesn’t because anyone can intervene with suicidal thoughts, you don’t have to be an expert to stop someone from taking this extreme step and talking about it will not push someone to it, it will more so give them a shoulder to lean on, so no you don’t have to be a professional for this.

What you do need to be a professional for is the consistency and persistence this role consumes, understanding all aspects not just one persons scenario, it needs to be sought as many different possibilities, which then includes many different healing patterns, understanding different triggers and pursuing recovery for this said trigger, this part requires extensive training and advanced education, so it has been created as a Suicidologist and to become a Suicidologist, you must hold an undergraduate in Psychology or similar studies, and relevant training and accreditations in Suicide Prevention, but it is still not classed as a profession…

Where did it begin?

The studies of Suicidology have a long history dating back to the 1700’s (Goldney, Schioldann & Dunn, 2008) with findings coming forth from the early 1400’s but it has never been pursued categorically as its own, although most mental health illnesses ultimately end up within these grounds of suicidal thoughts. So, there are people like us who are on these grounds reverting the previous thoughts and sending them back to having a better mental health, using learnt coping strategies, and catering them to each individual, being persistent with support is key, as suicidal thoughts wont heal in an hour. But we aren’t within a profession? Although realistically it is.

Suicide is largely preventable with the right actions, knowledge about suicide, and a change in society’s view of suicide to make it more acceptable to talk about suicide, even in most learning facilities suicide isn’t allowed as its ‘too sensitive’, when studying at uni I have asked many times if I can study suicidal thoughts and tendencies, but it has been dismissed as ‘too sensitive’ but its real. This itself is alienating due to the fact that many students are suicidal, and they are being told its too sensitive, so they could become alienated and then not talk, then if they take their own life there is more than sensitivity, there is critical within the classroom as many are left with overwhelming feelings that are too sensitive.

There is still so much stigma.

Suicide prevention is everyone’s business – if your friend is suicidal, you be there, if a family member is suicidal, you show up, its just an hour or so out of your day to settle situations and offer your support…

That said, there are some people who’ve dedicated their lives to really understanding suicide as a human phenomenon, and gleaning insights on why some of us are more vulnerable to it than others, constantly researching and understanding as to why it happens, what can be done and how it is progressing, and these individuals will more than likely carry on within this, again this should be a profession as many specialise here.

Many individuals focus on both the prevention of suicide, and the phenomenon of suicide itself, contemporary suicidology has made significant contributions to our shared understanding of suicide prevention, suicide intervention, and responses in the aftermath of a death by suicide and it is expanding rapidly with new members joining and contributing to this knowledge.

Michael J. Kraal has written about suicidology’s “great origin myth” being the belief that the idea of suicide originates within the individual, perhaps even in something neurobiological, but this hasn’t been explored much as the funding is minimal within neurological research of suicidal patients.

A lot has been learnt from contemporary suicidology as it stands currently, with important implications for prevention, risk assessment, and treatment. Positivist and quantitative research has helped many to implement evidence-based best practices. These forms of inquiry have helped deepen the understanding of suicide, including the epidemiological knowledge that many people living with mental health and addiction problems experience suicidal thinking. And as suicidologists (me pending) we want to prevent all suicidal thoughts a person may experience, which is do-able.

As a person I will continue to progress in this area and solely this area, creating new and catered strategies for every individual experiencing suicidal thoughts, my main urge is passion, I want to change the world one life at a time.

All information has been sourced from APA journals, AAS, journals & articles.